Hiking in the mountains of Transylvania - 8 days from 426 € 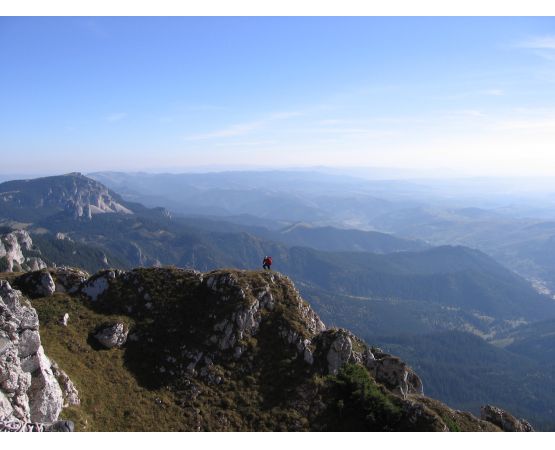 A beautiful journey through wilderness and unusual experiences. Hikes that take you to the highest peak of the Bucegi mountains and pass through spruce forests, alpine meadows and glades, slopes grazed by local beasts, landscapes shaped by milleniums of traditional dwellings and pastoral life, marked by the presence of isolated hamlets or houses on the heights, shelters for hay and millstones, castles and fortifications of the fourteenth (XIV) century, UNESCO heritage.

Valid from April to Octobre. 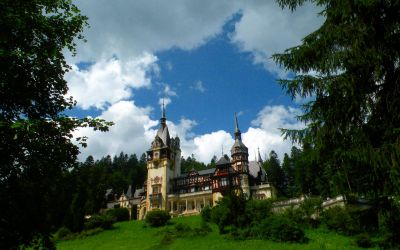 Arrival at Bucharest airport. Welcome by your guide. Transfer by bus to the Sinaia mountain station, located at the foot of Bucegi mountains.

Time to discover the surroundings. 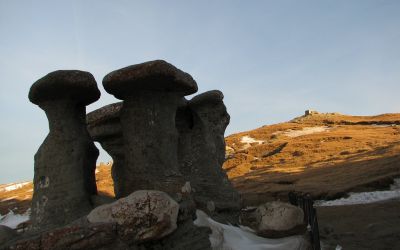 First day, hiking in the Bucegi Mountains. This massif has the historic reputation of a sacred place for our ancestors.

It is a climb of about 1500 m, which takes us on the plateau of the mountain.

The chalet to spend the night is the chalet Babele, located at 2206 m of altitude. 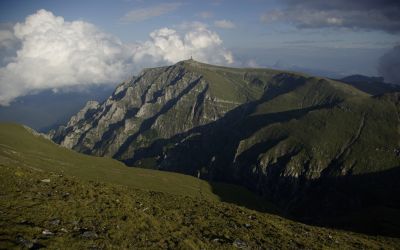 In the morning we have about 2 hours of climb to the summit Omu, at 2505 m altitude, the highest peak in the mountains of Bucegi.

After the summit we begin a long descent towards the village of Bran.

Dinner and accommodation in a 3 * pension. 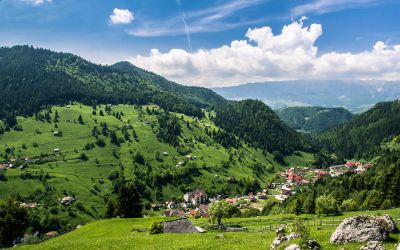 We start through spruce forests before reaching the alpine meadows of the Gutanu clearing. We continue climbing the slopes grazed by the beasts of the premises of Moieciu de Sus, before the last climb, more rocky and technical towards the top of Batrana (The Old Lady). At 2200m altitude we are rewarded by the beautiful views of the western slope of the massif, towards the chain of the mountains of Transylvania. An hour later, we find ourselves in the Strunga pass, an ancient passage of the shepherds and their flocks, villagers from the two Romanian countries separated by the frontier of the Habsburg Empire and smugglers of all kinds. In front of us, the Pays de Bran, a landscape shaped by milleniums of traditional dwelling and pastoral life, marked by the presence of hamlets or houses isolated on the heights, shelters for hay and millstones. We cross in a light descent over the large walls of limestone, then a steep path through the forest and we find at the bottom of the valley. Then a light march brings us back to Moieciu de Sus (Moieciu from above). At the end of the day we are in Bran, on the terrace of our guest house. Same accommodation as for the previous night. 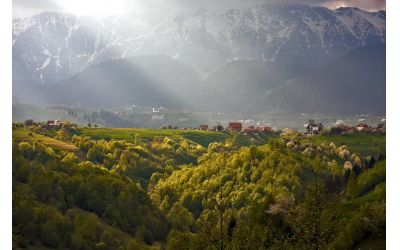 A day of discovery of the Piatra Craiului National Park - one of the most beautiful mountains of Romania, a narrow, high and sharp rocky strip, almost 22 km long, a geographical accident of the Southern Carpathians compared to its elegant and fine profile In contrast to the shapes of the surrounding massifs. Here the Carnivores Carpivores Project took place for about 7 years, and it is not by chance that, even if they cover less than 1.5% of the European territory, the Romanian Carpathians are the shelter of One third of the main carnivores of the continent: about 7000 bears, 3000 wolves and 2000 lynx.

In the evening we return to our pension for a good evening meal and for lodging. 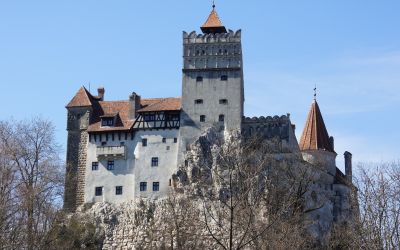 After breakfast we visit the famous castle Bran, known as Castle of Dracula. This 14th century military fortification built by the Teutonic Order was restored at the beginning of the 21st century by the Romanian royal family. After the castle we go to discover the hilly landscape of the high-altitude villages of this region.

In the afternoon transfer to the village of Viscri 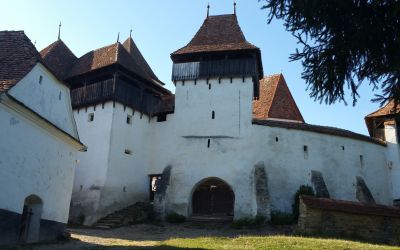 Day 7 - Exploring the village of Viscri and its surroundings

Viscri (Deutschweiskirch) is a Saxon village originally, included in UNESCO heritage, representative for architecture, landscape and especially the fate of the Saxons of Central Transylvania. Picnic lunch.
There is a lot to see here: the beauty of the surrounding countryside - the Natura 2000 site, the traditional sheepfold, the fortified church, and all this, using a very common means of transport here - Horse cart.
Evening meals and accommodation in Viscri. 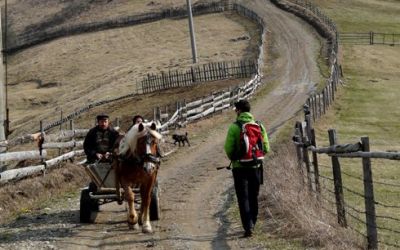 Possibility to customize this offer from 4 participants! Please Contact us.

Difference for a sigle room: 106€/pax (not available for Babele chalet)

Price for a trip with an English guide (starting to 6 persons):

For the non-guided tour:

For the guided tour (see the "Prices" category):

For the guided tour:

- The flight (ask for a quote)

For the non-guided tour:

- The flight (ask for a quote)

Hiking in the mountains of Transylvania - 8 days from 426 €