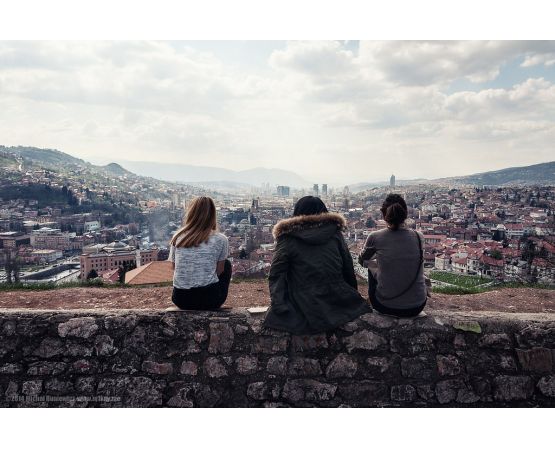 Enjoy a 4-day stay in Sarajevo, the treasured city of Bosnia-Herzegovina.

Explore this multicultural city of the Balkans and learn its rich history where you can find traces of the war of the former Yugoslavia. The architecture in Sarajevo mimics its multiethnic community. Buildings with Ottoman, Yugoslavian and Austro-Hungarian styles are found everywhere filling the streets with diverse architecture.

You will be truly amazed by all the treasures of this beautiful city!

3* Hotel
Ask for a quote

Enjoy a short stay in Sarajevo, a lively and historic city with traces of the recent 1992-1995 war between the  Serbian, the Croatians and the Bosnian. After this terrible war the lively, diverse, tradition-rich city was almost completely rebuilt.

With accommodation in a traditional hotel (upon availability), you can discover this beautiful city surrounding you with all the modern and traditional heritage of Sarajevo. There will be free time to visit the wonderful attractions such as the Tunnel museum (the only salvage lines during the war), The Cathedral Church of the Theotokos Nativity, one of the largest Serbian-Orthodox cathedrals of the Balkan countries, or the Vrelo Bosne Natural monument.

Sarajevo lets you sample the past. Artisans in the oriental trade square Bascarsija still forge copper and brass and create filigree art. Enjoy the smell of their famous charcoal-grill cevapcici. Taste delicious oriental sweets in Slatko cose and relax in some of the serene outdoor cafe, with a coffee prepared in the traditional Bosnian way.

Possibility to customize this offer from 2 participants! Please Contact us.

- 1 dinner in a traditional restaurant

- Two tickets to the National Museum of Sarajevo

- the flight (ask for a quote)